Have you ever wondered of the educational values of the Virtual Worlds?

Think math. Micheal Field, an enthusiatic parent, used the World of Warcraft (WoW) to teach his two children about money management by offering them an in-game allowance for their real world activities such as doing homework or other household chores. This parent plays the game with his children and earns game currency as he plays the game. During the course of game play, his children come across things they would like to have for their avatars such as pets or a new weapon. He doesn’t tell them how to spend their in-game allowance but reminds them that if they spend it they will not be getting any more money until their normal allowance date. Also when it comes to helping in household chorus these children get rewards for WoW in game currency for
helping out.

Next Well’'s Fargo bank had also tapped into area to educate young financial responsibility. In the digital environment of SecondLife, Visitors there can s…
Post a Comment
Read more 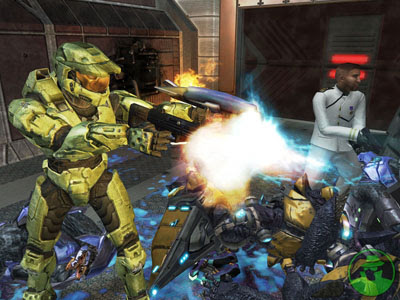 Have you ever encountered scenarios where people talk about virtual worlds and you don't understand a word they are saying. Look no further, here are some common terms you can learn:
Avatar - A representation of the player that is used to interact in the game environment through controllers or a combination of keyboard commands and a mouse-driven interface. Communication occurs through a typed chat interface as well as animated expressions or gestures.

Bot - a subset of Farmer. A bot refers to using an automated script or computer program to
perform certain functions over and over without the need to a human to actually control the avatar.

Camp -To remain in the same physical location in the game world for an extended period of
time. Typically, this refers to waiting for a special or rare NPC to appear.

Farmer - A player who camps the same spawn repeatedly and for hours on-end for the express purpose of obtaining some game currency or item, denying others the opportunity.

March 26, 2007
Based on a report from Mintel Online for online gaming, which by definition includes games downloaded from the Internet or played while online, there is a growing number of women playing online games, especially casual games.
Reports from Entertainment Software Association (ESA) show that women over the age of 18 represent 30% of the game-playing population, numbers significantly greater portion than boys from 6 to 17 at 23% in 2006.Also the Ziff Davis’s Media Game Group found out that women comprise 63% of adult PC gamers. And through Simmons NCS Spring 2005, it was discovered that more women play online games (18% of female respondents age 18 and over had played a game online or downloaded a game to their PC in the last 30 days compared with 15% of male respondents).
According to the ESA, the average adult woman plays games 7.4 hours per week compared to 7.6 hours for adult males. Although males spend more time playing games than women, the gap has narrowed significantly. In 2003, m…
Post a Comment
Read more

From "The Growth of the Computer and Video Game Industry" by Adam Bryzak:

An interesting correlation between the computer and video game industryagainst the movie and music industry brought up was brought up in this article. It was compared that sales figures of the games in 2005 amount to $7.0 billion, closing up the gap against the U.S. box office which was $8.99 billion and the recording industry’s sales at $12.3 billion.

Is the gaming industry becoming a threat to the movie and music industry?

Most people wouldn't think so. I believe that all these industries are inseparable, movie inspire games, games need music, music inspires movies, so o…
Post a Comment
Read more

Who has the Rights?

This is an interesting arguement cited from


A section of this article questions the many gray areas game developers prey on to "preserve" gaming experience of their online virtual worlds/ games.

Principle of the first sale doctrine:A copyright holder who sells to a wholesaler could not bind a downstream retailer to selling at a given price, even if the book itself explicitly included such a price-maintenance claim.The purpose of the copyright laws was to prevent unauthorized copying of the work in question and to grant the sole right to sell the copies into the market, but "[t]o add to the right of exclusive sale the authority to control all future retail sales, by a notice that such sales must be made at a fixed sum, would give a right not included" in the copyright statute.And so the classical example of Napster being sued for …
Post a Comment
Read more

Multiverse, maker of a free MMO-creation platform has plan to bring FireFly to life by turning The universe of Firefly into an virtual world environment.

FireFly the US science fiction TV series that was the Star Trek of 21st-century sci-fi fandom is one of the first TV series to be developed into a MMOG. Even the entertainment media industry is acknowledging the potential of MMOGs.

With that Multiverse was contracted to take this project off.

The potential of MMOGs is huge and according to sources some 7,000development teams had registered for the Multiverse beta and more than 150 are making MMOs and non-game virtual worlds on a full-time basis.

Considering this being still an expanding industry, it is a significant number of developers and with that many people going into it, it can't be wrong that the virtual industry will be th…
Post a Comment
Read more

An Inspiration: Changing the World Through Creative Entrepreneurship

From article about Kalev Leetaru.

“The spirit of creation is at the heart of entrepreneurship.”

Well said, these were inspirational words from the man, a renowned entrepreneur in the field of virtual reality.

From the article, Kalev started his entrepreneurial path in his 8th grade, writing a software which allowed users to develop their own web pages. And together with his father, launched Gamacles Software.

Entrepreneurship starting from young or at least when one undergoes education is the best way to practice the trade where one can practice to Perfection under "controlled" enviroments. In this way, it minimizes the risk of failing and increase the number of successes of startups run and managed by these people.

“the biggest hurdle for entrepreneurs in general, and student entrepreneurs in particular, is the business savvy to know how to bring an idea to market and find the resources to actually do so."